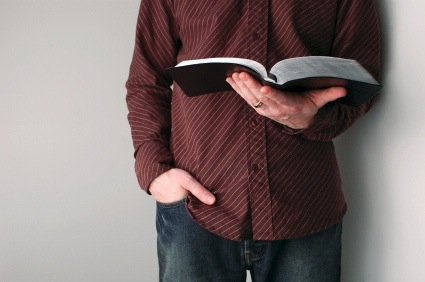 This month, in order to help our church family prepare for our 2013 emphasis on SENT, I will be blogging about the four letters of the SENT acronym. One letter per week. Obviously flavoring it a bit with some Christmas cheer.

This week the letter S is for “Scripturing.” That last sentence was brought to you by Sesame Street. Look each week for one of the Dukes kids’ favorite Sesame Street short videos included below the post just as a lagniappe. This should be fun :-)

The grill was hot. It wasn’t a special occasion, because they grill a lot. But one neighbor, who happens to be a follower of Jesus, had invited another neighbor, who happened not to be a follower of Jesus, into a normal rhythm of their family life. Conversation happened. A statement about marriage difficulty. A confession about personal selfishness being the cause. The Jesus-follower encourages with a simple yet profound statement – “I’m so sorry to hear that man. Marriage is tough for sure. Let me encourage you that I find in the ebb and flow of our marriage that it works well when we don’t go to bed angry and when we both fight for oneness rather than fighting to be the one who won.” SCRIPTURING.

This time, it wasn’t the child’s fault. He had actually gotten it right. But the mom, stressed from her husband leaving for work yet again with unresolved conflict between them and fatigued from carrying the load at home because her husband works too many hours, snapped at her son with a critical tongue that hurt more than a swipe of a spoon. His eyes said enough. Her heart ached with remorse. “I am so very sorry, sweetheart. Please forgive me. I snapped at you and know it hurt. I confess to you and to the Lord that was wrong and exasperating to you. Please forgive me.” SCRIPTURING.

The phone call had come. Tragedy. Unexpected. Tears. A text message followed. “I heard. I want to pay for your flight.” An email. “We will pick up your mail.” Yet another call. “We are so sorry. Will the kids and she stay here? We will make sure they have a meal and the lawn is mowed. You go. Be there. We got it.” SCRIPTURING.

All she had ever known was a family with no father. And the guy who shared her mother’s bed from time to time had a normal expression – condemnation. So her roommate in college reading about a Father who loves enough to come near and give His life – unthinkable. No words were said necessarily, except those that came in late-night talks over microwave popcorn. No verses quoted, except those that were unnoticed with no biblical address mentioned that came in normal flow of conversation. No bible study imposed, except the one she had studied in observing the living Word that was her life. But one night, between sobs, a secret revealed. She had hidden an unexpected pregnancy, confessing to having ended it with fearful heartache just the day before. Her roommate’s eyes filled with tears. No Bible was pulled out, but her warm embrace and eyes quoted the verse to her – “There is therefore now no condemnation for those who are in Christ Jesus.” And that was where she realized, finally, that she wanted to be. In Christ. The Father who came near. She believed she was loved for the first time. Restoration had already been completed. Discipling had been ongoing and would now continue. Healing began. SCRIPTURING.

May His Word come alive in our daily rhythms as we do more than study it. May we live with the Word such that He is studied in the flow of our lives.

May we learn more together. Because I believe Jesus’ life embodied this form of disciple making much, much more than the contemporary patterns known as discipleship.